Convertible Arbitrage: Where does it Fit?

The Core Strength of Convertible Arbitrage 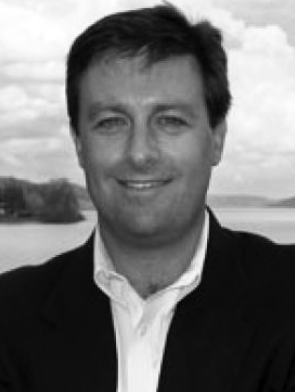 “…Returns for the quarter were mainly driven by holding/adding to higher conviction positions as convertibles gradually tightened from cheap to closer to fair value.”

High yield credit spreads, interest rates and underlying realized equity volatility for small/mid cap stocks were all very close to unchanged over the 3Q 2021 which made profiting from market changes challenging. Returns for the quarter were mainly driven by holding/adding to higher conviction positions as convertibles gradually tightened from cheap to closer to fair value. Additionally, implied credit spreads of convertibles narrowed a bit closer to high yield spreads, but still remain significantly wider despite lower default rates for convertibles.

The most interesting development in the 3Q of 2021 was the significant move higher in interest rates from early August to late September as doubts grew about the Fed’s ability/commitment to stay in front of future inflation. Was the move higher in rates a harbinger for things to come over the next few years? If so, could rates overshoot higher than where we were pre-pandemic? It is possible and such a scenario is obviously not good for bond investments and equity valuations, leaving investors with a predicament of where to go with money in the next few years.

It is worthwhile to examine recent short-term performance of various investments during the recent spike in interest rates from August 3, 2021 to September 28, 2021. During that period, the 5 year treasury yield rose from 0.65% to 1.02% with the 10 year rising a similar amount. During that 8 week period, the Bloomberg Aggregate Bond Index returned -1.40%, the iBoxx Investment Grade Bond Index returned -1.80%, the S&P 500 returned -1.37%, the iBoxx High Yield Bond Index +0.54% and ARBIX returned +0.70%. This Further illustrates the resistance of ARBIX to higher moves in interest rates (see Table 1 below).

It is also worthwhile to discuss again why ARBIX is resistant to interest rate moves. Beyond what we said in the second paragraph of this piece about many factors playing a part in performance, some of the move higher in interest rates was offset by some modest, short term, higher episodes of equity volatility. As we discussed in our 2Q commentary “the good news is that secondary convertible bond prices now reflect substantially reduced volatility assumptions going forward which could provide some unexpected upside if volatility rebounds.” Additionally, ARBIX maintains a portfolio interest rate hedge to offset a future, and potentially much bigger move, higher in interest rates.

Quarter-End Performance for ARBIX: As of 6/30/21, the 1 year, 5 year and 10 year annualized performance for the Absolute Convertible Arbitrage Fund was 8.48%, 6.50% and 4.68% respectively. Performance data quoted represents past performance and is no guarantee of future results. Current performance may be lower or higher than the performance data quoted. Investment return and principal value will fluctuate so that an investor’s shares, when redeemed, may be worth more or less than the original cost. To obtain performance information current to the most recent month-end, call the Fund at 888-99-ABSOLUTE. Returns include the reinvestment of dividends and capital gains. Some of the Fund’s fees were waived or expenses reimbursed; otherwise, returns would have been lower.

As stated in the prospectus, the Absolute Convertible Arbitrage Fund’s Total Annual Operating Expense ratio (gross) for Institutional Shares is 1.90% and the net expense ratio is 1.59% through August 1, 2022. However, Absolute Investment Advisers LLC, the Fund’s Adviser, has contractually agreed to waive its fee and/or reimburse Fund expenses to limit Total Annual Fund Operating Expenses to 1.20% through August 1, 2022 (the “Expense Cap”). This Expense Cap, which excludes all taxes, interest, portfolio transaction expenses, dividend and interest expenses on short sales, acquired fund fees and expenses, broker charges, proxy expenses and extraordinary expenses, may only be raised or eliminated with the consent of the Board of Trustees.

TABLE 1:  ARBIX has been positive in all 8 rising rate environments (measured by the 10 year US Treasury) since its inception in 2002

Table Data Through 9/30/21. Past performance is not indicative of future results. bps = Basis Points. 1 basis point = 1/100th of a percent

DEFINITIONS:
The Bloomberg Aggregate Bond Index is is a broad base, market capitalization-weighted bond market index representing intermediate term investment grade bonds traded in the United States. Investors frequently use the index as a stand-in for measuring the performance of the US bond market. The iBoxx Investment Grade Bond Index tracks the investment results of an index composed of U.S. dollar-denominated, investment grade corporate bonds. The S&P 500 Index or simply the S&P, is a stock market index that measures the stock performance of 500 large companies listed on stock exchanges in the United States. The iBoxx High Yield Bond Index consists of liquid USD high yield bonds, selected to provide a balanced representation of the broad USD high yield corporate bond universe.

Past performance does not guarantee future results. The Fund’s net asset value and investment return will fluctuate based upon changes in the value of its portfolio securities. There is no assur- ance that the Fund will achieve its investment objective, and an investment in the Fund is not by itself a complete or balanced investment program. For a complete description of the Fund’s principal investment risks please refer to the prospectus.

Asset allocation decisions may not always be correct and may ad- versely affect Fund performance. The value of a convertible securi- ty is influenced by changes in interest rates, with investment value declining as interest rates increase and increasing as interest rates decline. The credit standing of the issuer and other factors also may have an effect on a convertible security’s investment value. Debt securities have interest rate, inflation and credit risks and are subject to prepayment and default risk. High yield and junk securi- ties involve greater risk and tend to be more sensitive to eco- nomic conditions and credit risk. Short sales may be considered speculative and it may be difficult to purchase securities to meet delivery obligations. The Fund may leverage transactions which include selling securities short as well as borrowing for other than temporary or emergency purposes. Leverage creates the risk of magnified capital losses. Diversification does not prevent loss or enhance returns. Foreign investments present additional risk due to currency fluctuations, economic and political factors,

government regulations, differences in accounting standards and other factors. Investments in emerging markets involve even greater risks. Small, mid and large cap stocks are subject to substantial risks such as market, business, size volatility, management experience, product diversification, financial resource, competitive strength, liquidity, and potential to fall out of favor that may cause their prices to fluctuate over time, sometimes rapidly and unpredictably. The Fund is actively managed and may experience high turnover. This may cause higher fees, expenses and taxes, which could detract from Fund performance.

Investors should carefully consider the Fund’s investments objectives, risks, charges and expenses before investing. This and other information is in the prospectus, a copy of which may be obtained by calling (888) 992-2765 or visiting the Fund’s web site: www.absoluteadvisers.com. Please read the prospectus carefully before you invest.